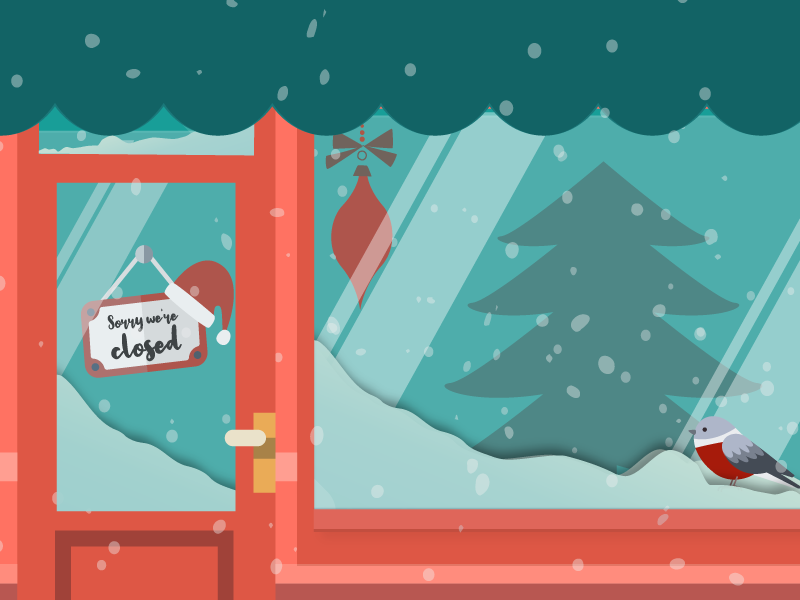 Six reasons why you shouldn't close early for Christmas in 2019

We've started the run-up to Christmas - a time when everyone deserves a well-earned break. However, for estate and letting agents, the next few weeks are no time to be slowing down.

Every year, we speak to many agents who tell us that as December begins, they start to reduce their workload and slow down activity until the Christmas break.

This could be a costly mistake as planning ahead to hit the ground running in January is crucial, while you could still generate lots of new opportunities during the festive period.

Here are six reasons why closing too early for Christmas is not an option for the most successful agents...

As people have more time, they are more likely to go on social media and engage with adverts that have an enticing call to action.

If you're not marketing your brand to this audience, your competitors could easily be stealing market share from right under your nose.

With the right Facebook advertising strategy and content in place over Christmas, you can drive plenty of traffic to your instant online valuation tool and measure conversions effectively using the Facebook pixel.

Portal traffic goes through the roof

It's well-known that the major portals - Rightmove, Zoopla and OnTheMarket - receive a huge boost in traffic over the festive period as eager buyers look to snap up the best properties before the January rush.

There was a significant surge last year and it's likely this year will be no different.

For example, Rightmove reported that it received over 25 million page views on Boxing Day 2018, while the Daily Mail estimated that there were 40 million total viewings of property listings, up from 38 million the previous year.

Agents who aren't active or well-prepared during December will not be able to reap the benefits of this increased demand from consumers.

More people will use your instant online valuation tool

As we can see above, the number of people browsing property and social media sites will increase over the next few weeks. This provides you with more opportunities to drive people towards your instant online valuation tool and generate more leads.

At market appraisal stage, you can also explain to potential vendors that buyer activity is high and likely to increase further during January and February and therefore that their chances of selling quickly and for the best possible price are improved.

‘New year, new me’ goes the saying, and many people take this approach when it comes to their home. You'll be well aware that there is a spike in buyer and seller activity during January for you to take advantage of.

By being prepared for January with marketing activity during December, you can take full advantage of these opportunities.

On top of this, by explaining to prospective vendors that the market will be highly competitive in January and February, you can increase your chances of taking on early instructions during December.

The general election result will be confirmed

General elections are known to cause uncertainty in the property market. The upcoming polling day takes place on December 12, however, which means the result will be confirmed well before Christmas and New Year.

This means those consumers waiting for an outcome before making a buying or selling decision could be pushed into action.

This is good news for you as you have the opportunity to take on more instructions, while you can also provide your vendors with the positive news that more buyers will be returning to the market.

The fallout from the Brexit vote has been going on for over three and a half years now and there's no doubt that it has had a significant effect on the property market.

However, the latest deadline has been set for January 31, 2020, so the process may be nearing its conclusion.

With an end to the Brexit uncertainty either way in sight, as well as a confirmed election result, prospective buyers and sellers may have even more encouragement to take action than usual.

Aside from Christmas Day, the country no longer comes to a complete standstill over the festive break. And as we can see, many people spend the extra time they have off searching for properties on Christmas Day, Boxing Day and New Year's Day.

By relaying this information to prospective vendors and landlords now, you can generate additional instructions during December and boost your January activity when the market really heats up again.

Being active during the festive season - when there is a feel-good factor across the nation - can ensure your pipeline for new instructions in January, February and March is operating effectively.

We hope all our members have an enjoyable and restful Christmas period - but don't take your foot off the pedal too early or it could set you back in 2020!

To find out how we can help you to get the best out of your Christmas and New Year marketing, click here.

Introducing ChatPal – what does it offer agents?